RMD Rules for a Solo 401k: The Step-By-Step Guide [Table]

We'll show you the #1 tax and retirement strategy!

The minimum distribution rules require that participants and beneficiaries begin receiving distributions by certain deadlines and limit the period over which benefits can be paid. In this post we take a look at the RMD Rules for a Solo 401k.

Previous proposed regulations required complex calculations for determining the minimum distributions and limited the participant’s ability to change beneficiaries. The new proposed regulations simplify this process considerably and add flexibility in naming and changing beneficiaries. This newsletter examines the application of the new rules provided by the “kindler, gentler IRS.”

Section 401(a)(9) was added to the Internal Revenue Code to force distributions from retirement plans so that funds are paid out (and therefore taxed) over the life of the participant or the joint lives of the participant and beneficiary. The IRS issued proposed regulations in 1987 which included a complex process of determining how much was required to be distributed annually. There were various methods of calculating life expectancy, and the minimum differed substantially depending on who was named beneficiary. Worst of all, the participant was stuck in future years with the choices he made.

On January 17, 2001, after almost 15 years, the IRS published new re-proposed regulations in response to numerous comments regarding the complexities of the existing regulations. The basic theory hasn’t changed–the IRS still wants participants to draw down tax deferred account balances while they are still around to pay taxes. However, the new rules make it easier to comply with the requirements.

Employees who are more than 5% owners (and certain family members) must begin receiving distributions following age 70½ even if they have not retired. If a certain election was made in writing before January 1, 1984 (referred to as a “TEFRA 242(b) election”), benefits for 5% owners may be postponed beyond age 70½. 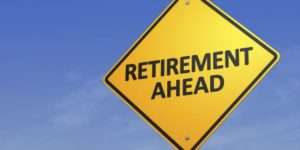 Previous rules governing annuity distributions from defined benefit plans are not substantially changed by the new regulations. The IRS is still evaluating whether any changes should be made in determining whether annuity payments satisfy the minimum required distribution rules.

The only exception to using the uniform table is in the case of a participant designating his spouse as beneficiary and the spouse is more than ten years younger than the employee. In this case the IRS allows use of actual joint life expectancies of the employee and spouse. If the spouse dies before the participant, they divorce or the participant designates another beneficiary, the calculations revert back to using the uniform table.

Below is a portion of the uniform table:

RMD Rules for a Solo 401k: Distributions to Beneficiaries

As under the old regulations, different death benefit payment rules apply, depending on whether the participant dies before or after his required beginning date. Regardless of whether the employee’s death occurs before or after the required beginning date, the beneficiary may receive the payments over the beneficiary’s life expectancy, based on a single life expectancy table provided by the IRS. 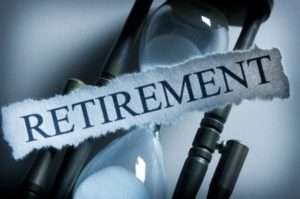 Death On or After Required Beginning Date

If the participant dies before reaching the required beginning date, life expectancy payments for nonspouse and spouse beneficiaries as described above may be elected. The beneficiary may instead elect a five-year cash out under which the beneficiary must be paid the entire balance by the December 31 of the year containing the fifth anniversary of the participant’s death.

If the spouse is the sole beneficiary, distributions may also be postponed to December 31 of the year in which the participant would have reached age 70½.

RMD Rules for a Solo 401k: Failure to Make Distributions

RMD rules for a solo 401k may sound difficult. For participants who do not need to live on their retirement benefits, smaller required distributions will result in lower taxes, a longer-lived tax shelter and potentially larger payouts for the participant’s beneficiaries.

Get a FREE 30 Minute Consultation

Reach out to us today and we'll show you our favorite strategies! We can show you how to structure a plan for maximum tax benefit and provide you with a custom plan design.