10% Early Retirement Distribution Penalty: How to Get Out of It

We'll show you the #1 tax and retirement strategy! 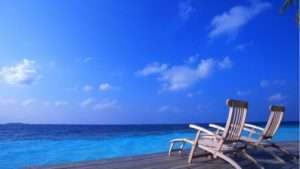 401k and IRAs stipulate that retirement savings should not be distributed before the required age of 59 ½. But sometimes unavoidable circumstances occur where one has to definitely take Solo 401k or IRA distribution earlier. I this case the following regulations about 10% early distributions penalty have to be considered.

i) The penalty applies to Solo 401k or IRS distributed before one attains 59 ½ years. Even if six months are still off and one will be attaining 59 ½ that same year, the distributions will still be subjected to the penalty.

iv) The 10% penalty will be paid together with any income tax owed on IRA or solo 401k distribution.

v) The 10% penalty rules will not apply to a distribution taken from inherited IRA or Solo 401k even if both the owner and the beneficiary are under 59 ½ years.

vi) The 10% penalty does not apply to distributions taken from IRA or solo 401k plan under a series of periodic payments over your remaining life expectancy or joint life expectancy of you and your beneficiary, often referred to as 72(t) payments.

vii) The 10% penalty will also not be applicable if the IRA or solo 401k plan distribution is taken due to disability, medical expenses, an IRS levy, or taken as an active military reservist.

viii) The 10% penalty will not apply to distribution taken from IRA if it is taken to pay for a first home, capped at $10,000, qualified higher education expense or health insurance for unemployed persons. Please note that distributions from a solo 401k plan for these reasons will still be penalized.

ix) Taking a distribution from an IRA or solo 401k plan due to economic hardship will still be subjected to a 10% penalty.

x) IRS Form 5329 is used to calculate and pay the 10% penalty when filing federal income taxes only for IRAs.

Get a FREE 30 Minute Consultation

Reach out to us today and we'll show you our favorite strategies! We can show you how to structure a plan for maximum tax benefit and provide you with a custom plan design.